2016 was a milestone year, with lots of building, comings and goings, and moving together in forward motion.  The blessing of being in a community with friends who share a vision for a just and sustainable world was made even more dear to us when the outside world took such an unhappy turn.  Yet, we have so much to be thankful for: 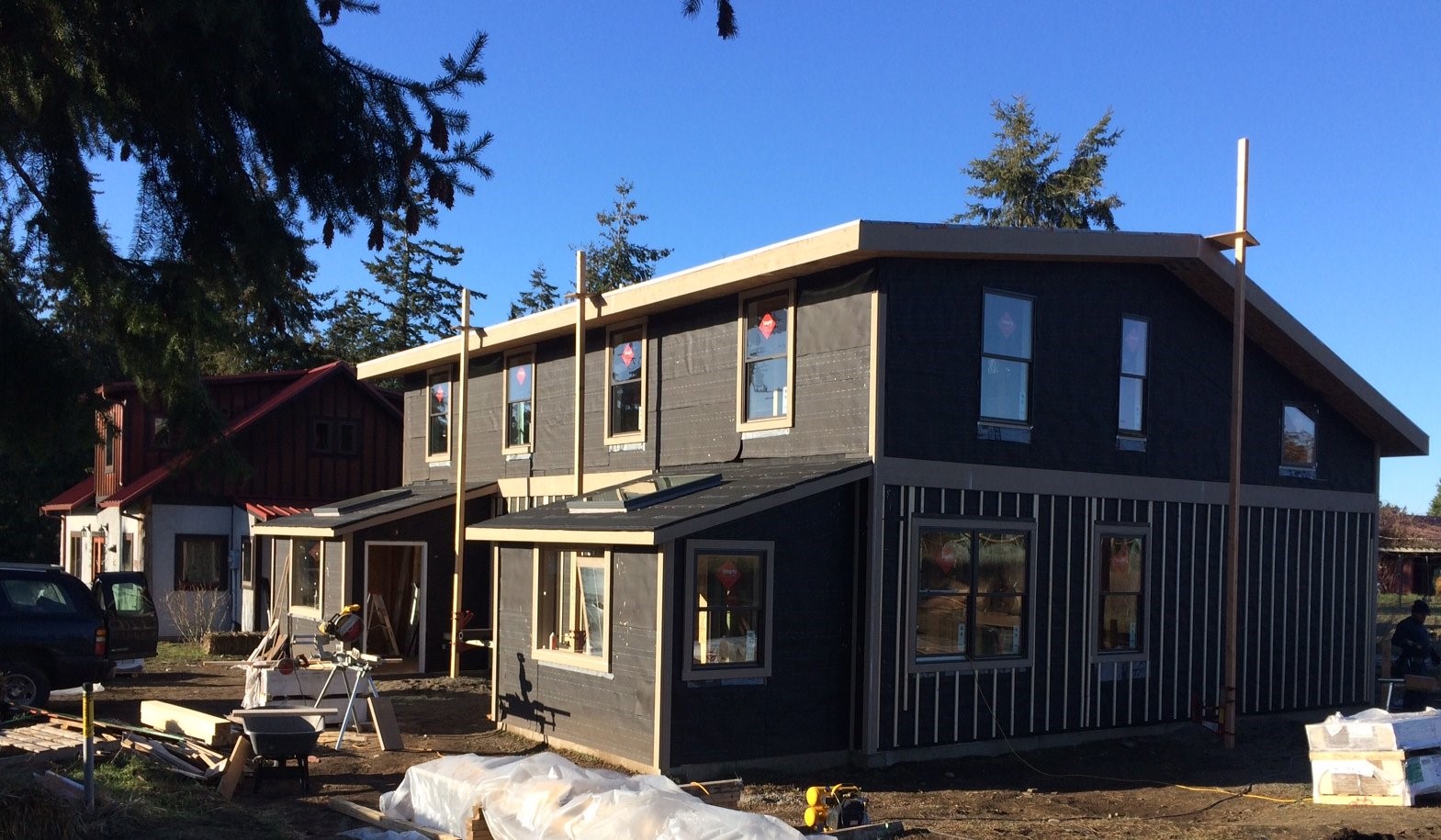 Only one house lot remains available for sale, and there are three spaces for small (tiny) homes available to lease. We welcome new members, including families with children. If you are curious what life is like here in community, we invite you to come to a tour, a community meeting, a work party, or all three. We believe that building relationships with potential residents is the surest way to grow a happy, healthy village.